The fruits of 65 years 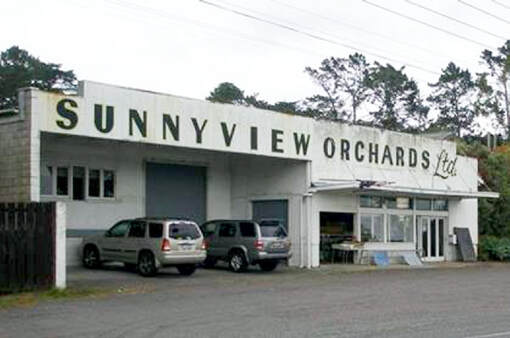 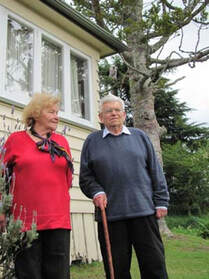 How many communities can boast a business that has been owned and run personally non-stop for 65 years by the same couple?
Huapai couple Joe and Katie Grbavac have sold fruit from their Sunnyview Orchards at the roadside shop since 1946.
Yet if Joe's namesake uncle had had his wish, Joe might never have planted a single tree in New Zealand, despite migrating here to join his father in the 1920s.
United States-based Uncle Joe wanted young Joe to buy land on the Yugoslavia-Hungary border, using money from a trust fund. However Joe, a naturalised New Zealander, preferred to use the money to bring his mother and two sisters out here.
This was in 1938, the year before Europe exploded into war.

Working long hours for low pay in a fish 'n' chip shop wasn't getting him anywhere near his dream of farming the land he loved, so he studied horticulture for four years at Massey College, Palmerston North.
On graduation, finding land to farm was difficult, as returned servicemen were being assisted with purchasing most available farm lots.
Joe came to Auckland, and only succeeded in buying Hall's orchard in Huapai after it was declared unproductive by the servicemen's grants committee.
It was purchased thanks to an IOU and a handshake from a mentor, Mr Marinic. Joe returned the favour some years later with an interest-free loan to Mr Marinic so he could buy land.
Before buying the orchard, Joe met Katie at a dance in the Unity Hall in Hobson St. Missing the chance for a second dance that night, Joe didn't make the same mistake twice - next time dancing all night with his new belle and bride-to-be.
Katie had come from Yugoslavia in 1940 and due to a clerical error had never been registered as living here. Imagine the new Mrs Grbavac's shock when a policeman approached wanting to know where she had sprung from.
Katie became naturalised and the young couple set about growing the orchard they still own today.
Planting new apple varieties, they augmented their income by also growing pumpkins and watermelons in between the trees. The pumpkins brought a good price and helped repay the loan.
They grew anything and everything, supplying the city markets, expanding the sheds bit by bit and building a cool store.
Train drivers on the way to Whangarei used to make unscheduled stops outside the shop and buy fruit to take home.

It was, and still is, a hard life but the couple argue if you love the land, it can't be called hard work.
They've seen orchard land, which formerly dominated the region, contract more and more as the original co-operatives which controlled the industry collapsed and sold land off.

Nowadays, Huapai, which means good fruit, is lifestyle territory - but it's doubtful that anyone has made it quite the dedicated life and style that the Grbavacs have. The couple wish to thank all their customers for their support and you're welcome to drop in to the shop at 677 State Highway 16 to see their familiar figures working away.

Postscript. Joseph Grbavac QSM  died in 2015 age 94. “Joe was a stalwart of the Huapai fruit growers fraternity.”
2021. The orchard has closed.